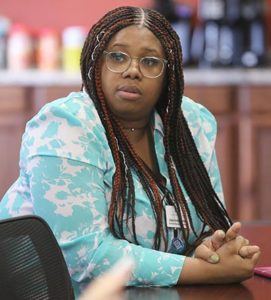 The ASAKI unit is a grant-funded, community collaboration between Rape Crisis Center, Akron Police Department, Summit County Prosecutors Office, Ohio Bureau of Criminal Investigation (BCI), and Victims Assistance Program. This unit investigates cold case sexual assaults and provides services to survivors. The initiative will be funded for three years by a $1 million grant from the U.S. Department of Justice. By the end of the grant period, this initiative hopes to look into all cases and change the culture of how Akron law enforcement handles sexual assault cases.
This unit was created after many law enforcement agencies across the U.S. failed to submit sexual assault kits for DNA testing. Tests were not submitted because many officers doubted that women were telling the truth about their sexual assaults. Before the initiative was created there was only one Akron Detective, Bertina King, who was tasked with investigating local cases. After doing the math and calculating all of the backlogged sexual assault kits, it would have taken Det. King over 40 years to reinvestigate each of these cases!

The unit will be investigating more than 1,000 sexual assaults that occurred in Akron between 1993 and 2012 some of which involve serial rapists. Of the 1,000+ kits that were tested, approximately 800 came back with a hit from the CODIS tracking system which allows BCI to track DNA profiles.

Support and advocacy for survivors and family members will be a crucial piece in this initiative. If a survivor has a question about their case, they can contact the ASAKI unit directly at (330) 375-2228.

Safety Alert
IF YOU ARE IN IMMEDIATE DANGER PLEASE CALL 911.

Computer use can be monitored and is impossible to completely clear. If you are afraid your internet usage might be monitored, call our hotlines instead.